The Most Beautiful Football Stadiums in The World

A few weeks ago on our instagram account (@riasasoccer) we posted a stunning image of Lofoten Islands in Norway. This idyllic football stadium is home to FK Lofoten, who currently play in the Norwegian 4. Divisjon.

This football pitch is arguably one of the most scenic in the world, right?! So, after posting this and searching through related content on instagram, we thought it would be a great idea to research the most beautifully positioned football stadiums and rank them in order 10-1.

After reading over 10+ different blogs, searching on instagram and gathering information about all these stadia, it’s clear that there are common stadiums that keep appearing, and we have our own opinions on where they should rank.

So, we give to you, the most beautiful football stadiums in the world. We think our current and future student athletes would LOVE to run out onto these pitches and take in the breathtaking views.

For this stadium we are heading to the Faroe Islands, which is a group of islands 200 miles north of Scotland. This stadium had to be on our list due to the nature of its location, the island itself only has a population of 52,000 and is 540 square miles. To put that into perspective, the Faroe Islands is the size of Leeds.

Svangaskarð Stadium is truly stunning, the stadium is uncovered and chilly; the view around it is ethereal and mesmerising. Club B68 Toftir are lucky enough to play their home games here, the stadium also hosts the national teams games also.

For this ranking we are heading to central Europe to the mountainous region of Slovakia in Čierny Balog. This football stadium had to make the list, it’s fascinating and something that every soccer player has to see. The stadium is home to TJ Tatran Čierny Balog, who are a local amateur football club.

Simply put, yes there is a live operational railway track passing through one side of the stadium! It’s believed that this football pitch is remarkably the only one of it’s kind. The railway is used for logging and many trains pass through the ground whilst games are being played.

This would be a once in a lifetime experience, we would like to mention that the position of the stadium also clarifies why it has ranked on this list, it’s surrounded by blissfully scenic green mountains and blue skies.

We desperately wanted to rank a football stadium that was close to home, however, by close we mean Dumbarton, 237 miles north of Leeds, in Scotland. This beautifully positioned football stadium thoroughly deserves to be on this list. The ground is home to Dumbarton FC who are semi-professional and compete in Scotland’s second tier division.

The stadium lies on the banks of the River Clyde and in front of Dumbarton castle which occupies an enviable position 240 feet above this compact town. One side of the pitch is shielded with the rock and the other has views of the River Clyde. You can see from the image why this football stadium had to be on our list.

Hidden in the Pyrenees between France and Spain you will find Andorra la Vella, which is the capital of the Principality of Andorra. Here you will find this scenic football stadium which has an eye catching backdrop, the orange-pink-lavender multi color hue in the sky symbolising the sunset occurring in the backdrop of the Pyrenean mountains.

6. The Float at Marina Bay, Singapore

This football stadium landed on this list simply because it’s epic, it screams wealth and ambition. The fact that this is located in one of the most affluent countries in the world, makes it impressive. The stadium is the world’s largest floating football pitch, it consists entirely of steel and has the seating capacity of 27,000-30,000.

The stadium is located on the tranquil Marina Bay which is the central area of Singapore. Purposefully built in 2007 to offer a multi-sport venue which could host concerts, exhibitions and competitions, this venue has rarely seen a football game.

The platform itself has been equipped with numerous innovative features, like an internal drainage system, cabling structures and lightning rods. Playing here would be worthy of a few instagram posts, this place is stunning and therefore needs to be on our list.

Now we are heading to Mexico, to Monterrey, which is the urban agglomeration of Nuevo León. Here you will find the recently built Estadio BBVA Bancomer, which is architecturally stunning and home to Club de Fútbol Monterrey.

C.F. Monterrey operate in the Mexican Professional League, Liga Mx. For Mexico this league is the equivalent to the UK’s topflight Premiership and players such as Camilo da Silva Sanvezzo, André-Pierre Gignac and Henry Martín compete in this league.

This stadium looks the part, it’s ultra modern and takes the accolade for the largest capacity stadium in the whole of Mexico. The distance between the field and seats is the minimum allowed by FIFA, allowing fans to be as close to the action as possible.

Estadio BBVA Bancomer is atmospheric, prepossessing and definitely worth a visit.

Rheinpark Stadion is nestled away in the capital of Liechtenstein. The football ground is home to FC Vaduz who compete in the Swiss Football League. The ground also hosts national games for Liechtenstein when they compete in friendlies and european competitions.

The football stadium itself has a capacity of 6,127 and was opened in 1998. The ground is located meters from the swiss border, where the river Rhine runs; no ordinary watercourse, the Rhine is one of the major european rivers running through a handful of countries such as Germany, Netherlands and Switzerland.

This stadium is on the list because it’s not everyday you can run out onto a football pitch and see the Alps in the background, and let’s face it, this really does look like a postcard picture.

Located in Imotski, a small town in southern Croatia close to the border of Bosnia and Herzegovina, lies Stadion Gospin dolac, known locally as Stadium Our Lady Dolac – named after a nearby church. NK Imotski, who sit in the Crotian third league are lucky enough to play on this pitch.

This stadium truly is a gem, one that would take your breath away. As we know Croatia in general has unbelievable scenic villages, amazing architecture and a welcoming atmosphere. No wonder this stadium offers one of the most spectacular views a soccer player could only wish for, we do think the clear blue lake adjacent to Stadion Gospin Dolac helps set the scene.

This football stadium is dramatic. It’s so dramatic that it’s officially the highest stadium in Europe, being 2,000 meters above sea level. FC Gspon play their ameteur games here, in a village which is only accessible by cable car. Gspon is nestled away in the Swiss Alps and has a population less than 1,000.

This football stadium is impressive, and by impressive we mean scarily extraordinary. During the winter, the village has heaps of snow and averages temperatures of -6. The football pitch turns into a ski slope for visiting tourists.

The only negative we see playing here, is that the club estimates they have lost over 1,000 balls so far which have gone over the drop-dropping cliff edge. You best make sure you have your shooting boots on, if you don’t want large stoppages playing here.

This football stadium was the inspiration behind this entire blog. It’s one of the most majestic sights we have ever seen. This stadium is located in the small fishing village of Henningsvær, which is distinctively known for its dramatic mountains and peaks, open sea and sheltered bays, beaches and untouched lands.

The football stadium itself can hardly be called a ‘stadium’ as there is no seating capacity, however we feel that you will agree this is impeccably easy on the eye and playing here would be life changing.

FK Lofoten have the delight of competing on this pitch. 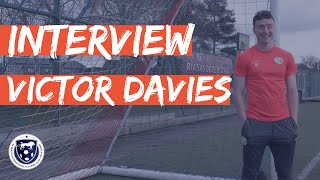