How to bounce back from a defeat in soccer | RIASA Showcase vs. Blackburn Rovers

Yesterday, we were defeated 5-0 in our first showcase game of the season vs. Blackburn Rovers. We fielded a mixed team, with a few key players absent. However, this doesn’t take away from the fact that Blackburn Rovers played a great game and ultimately, deserved the victory.

There is an old saying, stating that you learn more about yourself and others after a defeat or difficult times than you do when things all go to plan and everything is plain sailing.

This is very true in terms of Football. Sometimes the game we all love can smack you in the teeth when you least expect it too.

When this is the case there are ways of controlling yourself. Both on the pitch and after the event through personal reflection. Here are some techniques that I used throughout the ups and downs of my career to bounce back from negative situations.

The game waits for no-one, so it’s vitally important to remove the mistakes, negative energy and disappointment as quickly as possible.

To do this requires a mental toughness and inner strength to rise above that missed tackle or sloppy pass or dropped catch. Processing the brain to stick to the game plan and keep moving forward is important, otherwise, we dwell on the mistake, thus inevitably make another one which is magnified even more than the previous.

This takes skill and self-confidence.

Once a mistake or bad decision is made, the way to eradicate it from your thoughts is to store it away for future reflection. Following a mistake, focus on the next touch or next pass and keep it simple, do not try and force issues. Instead, slowly build up that belief and self-confidence again by doing the basic things correctly.

The best players in the world could be having “one of those days”, but they still work hard for the team and more importantly make themselves available to receive the ball at every opportunity. It might sound easy, but this takes time and focus to attain the mental strength required.

And do not ever forget, there is always another game. In England, its normally in two or three days time.

This is where the modern day footballer can access video clips of the game, snippets that the analyst has put together and normally where the coach/manager will take players through certain parts of the game in order to reflect.

It’s also a perfect opportunity to learn from mistakes. For instance, the player is in the wrong starting position, the pass played was the wrong decision, and why, players body shape and first touch was wrong for the given situation. These are all tools for the player to take away and process in order for the next game to be a fresh start and hopefully create a better outcome.

Some players do not get access to video analysis so in this instance talking about scenarios within the game that did not go well is vitally important. Speak to someone who was there, i.e a teammate, parent or coach, using this as your learning tool.

Talking through things sometimes is all that is needed. Dwelling on it and shutting yourself off from everyone is the worst things you can do.

So, this is exactly what we will do.

We’ll reflect, plan and get back to training to apply what we’ve learned to our upcoming fixtures.

Champions don’t dwell on defeat. They learn from defeat. Then, they come back stronger and more motivated to win than ever before.

Now, let’s get back to work. 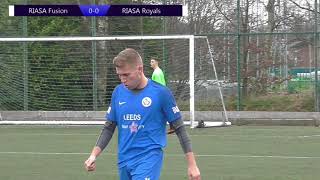